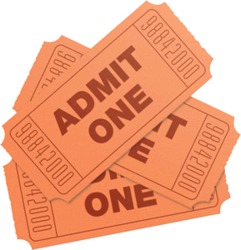 Here are the top grossing James Bond Movies and Actors of all time. Gross revenues are inflation adjusted to 2011 values (See methodology).

Spectre was released in the United Kingdom on October 26th, but didn't see its first full day of screenings until October 27th. When it did, it set a record $9.2 million, making it the UK's biggest Tuesday box office ever, outpacing even Skyfall's opening night. The following day, it continued the trend, setting the UK's biggest Wednesday box office gross. Spectre will see its worldwide release on November 6th, 2015, where analysts are predicting it will outpace Skyfall to become the highest grossing James Bond film of all time.

Skyfall had a fantastic opening weekend of over $77 million, helped by the fact that it was the first ever James Bond film to be released in IMAX.

After the fantastic success of Skyfall, this is the only list in which Sean Connery remains at the top. Daniel Craig will likely need at least three more successful Bond films to fly to the top. But will he stay around for that long?

Skyfall helped Daniel Craig soar to the top of this list, surpassing Sean Connery by a fair amount. However, do note that Connery was somewhat disadvantaged by the first James Bond film Dr. No, because there was no pre-existing fan base. Skyfall had the advantage of 50 years of devoted fans, many buying tickets to see the film.

Except for Spectre and Skyfall, unadjusted worldwide gross values are sourced from The Numbers, who we believe to be the most reliable and complete source of data available. We have then adjusted the grosses to 2011 values using the Consumer Price Index (CPI) from the US Department of Labor. Data prior to Skyfall and Spectre is up to date as of December 14th, 2011.