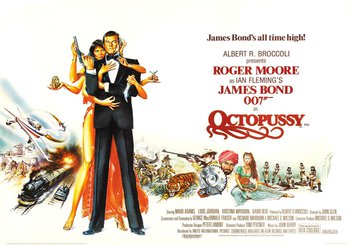 Agent 009 is stabbed and crashes through a window of the British Embassy in Berlin, holding a forged Fabergé egg. Bond is sent to investigate, and begins at the Southerby's auction for the real Fabergé counterpart. 007 is lead to India, finding corrupt Prince Kamal Khan and his beautiful associate Octopussy. 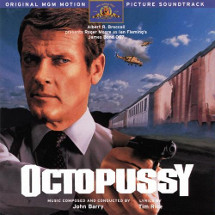 
« Prev: For Your Eyes Only