James Bond Movie - A View to a Kill 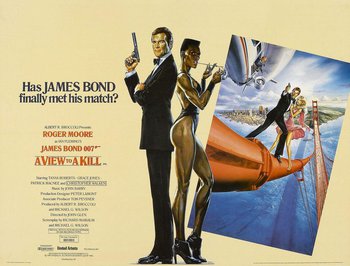 Bond investigates a drugged horse racing scandal, and is led to Max Zorin, an eccentric industrialist who plans to destroy Silicon Valley, so that he can create a monopoly on microchip technologies. The chase leads Bond to the Eiffel Tower, and a Blimp ride that eclipses in a tense climax atop the Golden Gate Bridge. 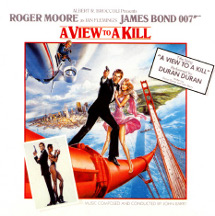 Next: The Living Daylights »