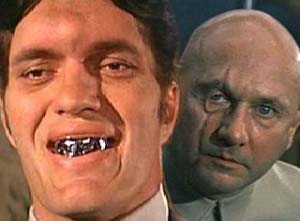 With over twenty Bond movies released through five decades, the James Bond series has had more than its fair share of great villains. Many have been parodied and copied over the years, and their influence can't be overstated. But which ones really stand out, as the most memorable and iconic villains of the series? 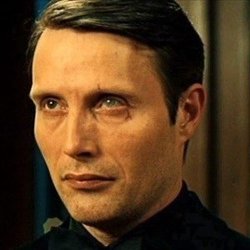 No list of villains would be complete without including Le Chiffre from Casino Royale. He brought a much needed freshness to the reboot of the series, and was one of the better villains of the post-80s era. The intense battle on and off the poker table was reminiscent of some of the climactic gambling scenes in the Ian Fleming novels.

With his creepy eye, sly demeanour, and--as if anyone could forget--his comical torture scene, Le Chiffre is the perfect place to start this article, and well deserving of 10th place. Le Chiffre was played by Danish actor Mads Mikkelsen, who reprised the role in the 2008 first-person shooter Quantum of Solace, providing his voice and likeliness for the character. 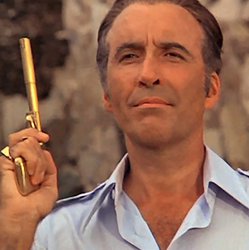 Christopher Lee had originally been put forward for the role of Dr. No by his step cousin, Ian Fleming. Unfortunately for him, the producers had already cast Joseph Wiseman, but Lee got his chance again twelve years later. He accepted the role of Fransisco Scaramanga in The Man with the Golden Gun.

Lee was perfect for the role of Scaramanga. He was the spitting image of Fleming's original character, and was received very well by fans and critics alike. His effortless charm, million dollar contracts, golden gun, and third nipple are all memorable parts of the film. Scaramanga has also proved to be a popular character in the 007 video games. 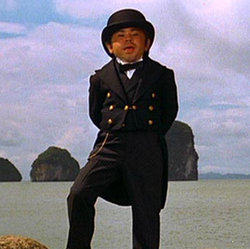 And of course, you can't list Scaramanga without immediately thinking of his small butler and sidekick. He may only have two nipples, but he's still a hell of a guy. His cheeky attitude added a lot of humour to the film, and he worked surprisingly well alongside Christopher Lee.

From a mini-gun and peanuts, to suitcases and bottles of wine, there is no shortage of entertainment with Nick Nack around. It is also to his credit that he was the inspiration behind Mini-Me in the Austin Powers films. Nick Nack was played by French actor Herve Villechaize, who would go on to play the role of Tattoo in the American series Fantasy Island. 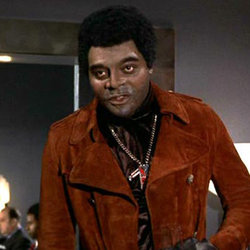 American actor Yaphet Kotto joined the Bond series in 1973, playing politician Dr. Kananga and big time gangster Mr. Big in Live and Let Die. Dr. Kananga was a calm Prime Minister of San Monique, an island used to grow drugs that were to be smuggled into America. He would don a rubber face mask to become his alter ego Mr. Big, the ruthless gangster who controls most of Harlem.

He played the two characters well, and brought a unique contribution to the series. Kananga, alongside his taro reading mistress Solitaire, remains a popular and well known villain amongst fans. His death by a co2 filled bullet was a little cheesy though. 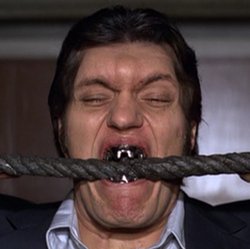 Jaws is the quintessential bigger than life bad guy, and without doubt the most well known of the Bond villains. Introduced in The Spy who Loved Me, 7 foot tall Richard Kiel brought to life the steel giant, lending the film a unique charm. He proved so popular that the producers brought him back for the next film, Moonraker.

His second appearance came with a rather cheesy love affair, but Jaws remains a favourite among fans, and has gone down in history as one of the best villains in cinema history. He has appeared in many of the James Bond video games, as both playable characters and as part of the story.