The complete list of all James Bond girls in chronological order, from over 50 years of the James Bond series. From Honey Ryder in Dr. No through to Sévérine in Skyfall, learn about all the iconic Bond girls in one place. A Bond girl is a love interest or flirtation of Bonds, of which there have been 75 so far. 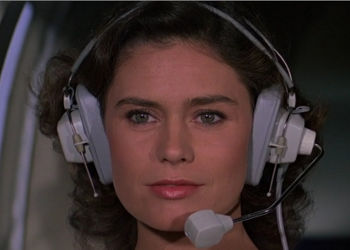 Corinne Dufour was Hugo Drax's personal assistant and pilot. She flew Bond over Drax's estate, giving him a guided tour of the Moonraker complex and flying him to meet Drax. After spending the night with Bond, Corinne revealed the location of Drax's safe, where Bond photographed secret documents. Drax discovered this, and Corinne was killed by Drax's vicious pack of dogs. 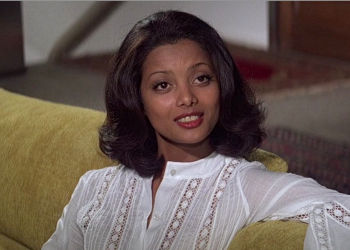 Manuela was an agent working for station VH. She tailed Bond after he left the airport in Reo, and by the time he got to his hotel, she was making him a vodka Martini at the mini bar in his suite. Manuela helped Bond find one of Hugo Drax's warehouses, but she proved to be a burden as she was almost killed by assassin Jaws. 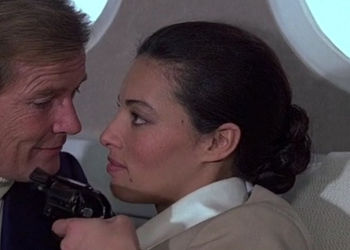 James Bond was aboard a private jet, enjoying his "last leg" of the mission with the hostess. Bond stated "I don't think I'm ever going to fly with anyone else", to which the hostess responded "You're so right, Mr Bond" as she pulled a gun on him. Bond was then thrown out of the plane without a parachute, and was left to steal another mans, mid air. The fate of the hostess was unknown. 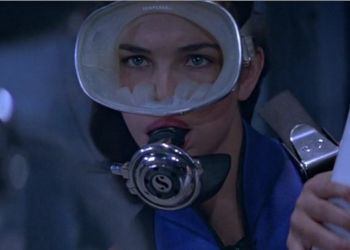 Melina Havelock was the daughter of two marine explorers who did salvage work for the British Secret Service. After her parents were assassinated by henchman Hector Gonzales, Melina found the hitman and killed him with a crossbow. She and Bond were both trying to uncover the man who ordered the attacks, and they worked well together, eventually finding him. 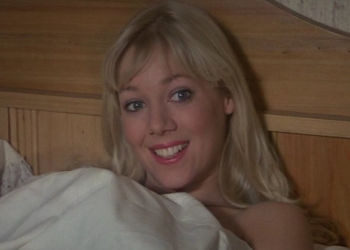 Bibi Dahl was a young ice skater sponsored by double agent Kristatos. Bibi was very attracted to Bond, however he turned her down on every occasion due to her young age. By the end of the film, Kristatos was killed, and Bond's ally Columbo became her new sponsor. 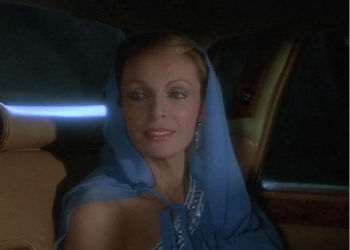 Countess Lisl von Schlaf was the mistress of Milos Columbo, a Greek smuggler. Columbo asked Lisl to stage an argument with him at dinner, as an excuse for her to go off with Bond, to discover some information about him. Lisl and Bond spent the night together, and got on quite well. They went for a walk on the beach the next morning, and Lisl was tragically killed by henchman Locque. 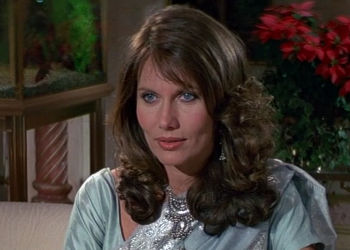 Octopussy ran an all-women floating island, the girls of which were acrobats for a circus that was a front for a jewellery smuggling operation. She was a partner in crime with Kamal Khan, who stole the jewellery for himself and tried to kill Octopussy. Octopussy saved Bond's life, and Bond repaid the debt by saving hers. After killing Khan, Bond and Octopussy sail into the sunset, with the acrobat girls rowing for them. 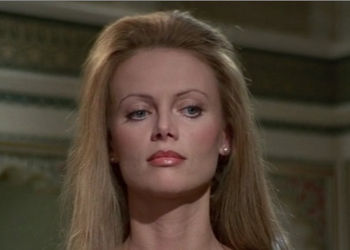 Magda was the right-hand woman of Octopussy, and assisted her smuggling partner Kamal Khan on many occasions throughout the film. After attending an auction in which Bond stole a Fabegé egg, Magda was sent to sleep with Bond so that she could steal it back. After Octopussy found out that Khan tried to kill her, her cult of girls, Magda included, storm Khan's palace. 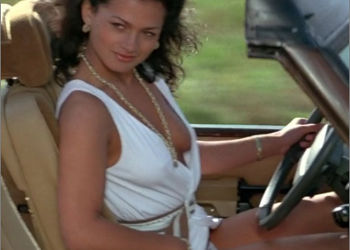 Bianca was an MI6 agent assisting Bond in Latin America. She helped Bond disguise himself as Colonel Toro so that he could infiltrate a military base and plant an explosive on a Cuban spy plane. When the mission went awry and Bianca saw Bond being taken away as a prisoner in an army jeep, she went into action. She drove alongside the jeep, and flirted with Bond's captors, showing off her legs to distract them while Bond pulled their parachute cords. 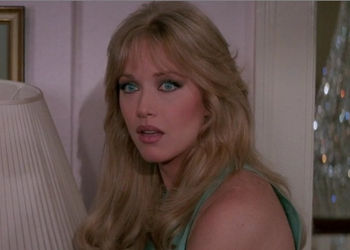 Stacey Sutton inherited the Sutton Oil company, which megalomaniac Max Zorin tried to take over. Zorin offered Sutton $5 million for her shares in the company, which she refused. Bond learnt of the cheque and confronted her at her home. Stacey was initially aggressive, pointing a shotgun at Bond. However, when some of Zorin's henchmen arrived to persuade Stacey to sell, Bond sorted them out and gained Stacey's trust. The pair escaped an attempt on their lives, and managed to kill Zorin. 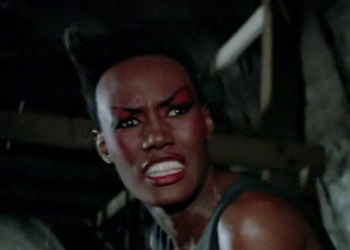 May Day was the girlfriend of Max Zorin, and also worked for him as an assassin.May Day killed Bond's chauffeur, and tried to kill Bond on several occasions. Much later in the film, May Day realized that she had been double crossed by Zorin, who had left her to die in an explosion that would cause a flood in silicon valley. May Day joined teams with Bond to remove the bomb, and in doing so, met her death. 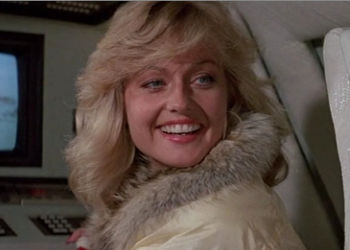 Kimberley Jones was an MI6 agent who assisted Bond in Siberia, on a mission to recover a lost microchip from assassinated agent 003. Bond snowboarded down a mountain to avoid a helicopter and a gang of hitmen skiers. When he got to the bottom, Kimberley was waiting in a boat disguised as an iceberg. Bond pulled out some beluga caviar, a bottle of Vodka and the microchip, mentioning that it would be five days until they reached Alaska. 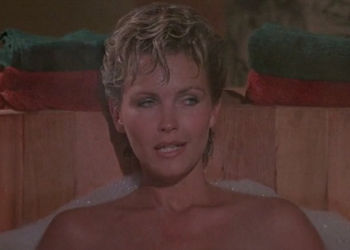 Pola Ivanova was a KGB agent working for General Gogol. She recorded incriminating evidence of Max Zorin, and escaped with a tape of it. Bond had followed her, and a struggle ensued, until they both realized that they knew one another from a prior mission. They went to a spa and spent the evening in a hot tub together. While Bond took a shower, Pola snook out with the tape, only to realize later that Bond had switched it for a fake. 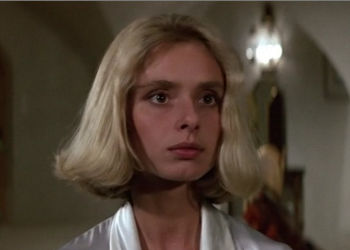 Kara Milovy was the girlfriend of Georgi Koskov, a traitor playing both sides in the cold war. Koskov pretended to defect to the West, and got Milovy to shoot blanks at him to make it look more real. He knew that she would be assassinated by Bond, who was assigned to protect Koskov. However, Bond noticed she wasn't a professional, and he didn't kill her. When Koskov was discovered to be a traitor, Bond met Milovy posing as a friend of Koskovs. He gained her trust and revealed his identity, gaining a brave ally for his mission. 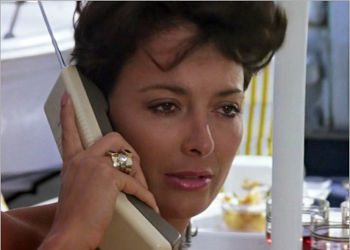 A lady of leisure, Linda was aboard her boat complaining on the phone to a friend. "It's all so boring here Margo, there's nothing but playboys and tennis pros. Ugh, if only I could find a real man." At which point, Bond landed his holey and smoldering parachute on the yacht, hung up her phone and dialled exercise control. He said he would report in an hour, until Linda held up a glass of champagne, then he changed his mind to 2 hours. 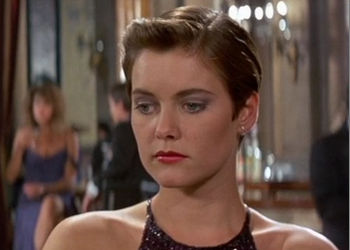 Pam Bouvier was a CIA freelancer pilot, and an informant against drug baron Franz Sanchez. Bond found her name on an informant list along with the time and place of her next meeting. He met her at a bar and escaped with her after Sanchez's henchman Dario showed up. Pam then flew Bond to Isthmus City to find Sanchez, and became his executive secretary as a cover. 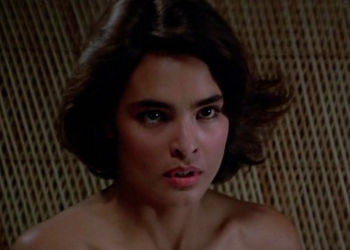 Lupe Lamora was the mistress of drug baron Franz Sanchez. Lupe frequently slept around, and Sanchez went to deal with one of her lovers in Florida, getting himself arrested by the DEA in the process. Bond met Lupe unintentionally when trying to kill someone aboard her boat. They met again at a casino, and Bond forced Lupe into taking him upstairs to meet Sanchez. Although Lupe was a love interest, Bond left her at the end of film to be with Pam Bouvier. 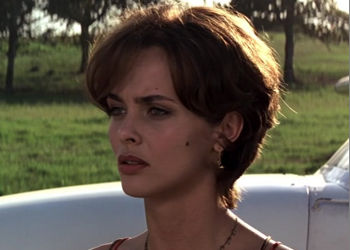 Natalya Simonova was a programmer working at a Russian Space Control Centre along with Boris Grishenko. Xenia Onatopp and General Ourumov staged a test drill in the centre, and after getting the launch keys, Onatopp shot everyone in sight. Natalya managed to escape, and made contact with Boris over the Internet. Unfortunately, Boris was a traitor working with Onatopp, and Natalya was captured.After she escaped a near death experience with Bond, the two paired up, and Natalya's computer skills helped Bond overcome the traitors. 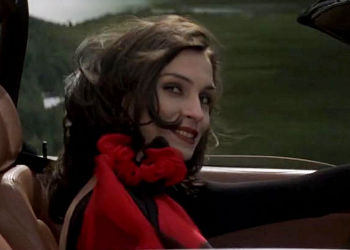 Xenia Onatopp was a henchwoman working alongside the traitor General Ourumov. She stole a Tiger Helicopter, a new prototype that was resistant to electromagnetic pulses. She then helped Ourumov steal the codes and launch key for the Goldeneye satellite weapon from the Severnaya Space Control Centre. She killed the staff and programmed Goldeneye to destroy the facility with electromagnetic pulses that wouldn't effect the Tiger. She flirted with Bond and tried to kill him on multiple occasions, but Bond ended up onatopp. 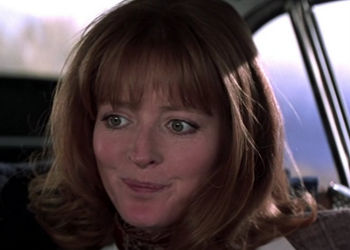 Caroline was a psychological evaluator working for MI6. She was sent by M to evaluate Bond, who took her for a drive in his Aston Martin DB5. Bond drove very fast and engaged in a race with Xenia Onatopp, making Caroline very uncomfortable. After screaming at Bond to slow down, Bond came to an abrupt stop, and seduced Caroline with a bottle of Bollinger champagne hidden in an armrest. The two proceed with a "very thorough evaluation."