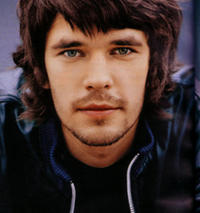 The character Major Boothroyd, Q's real name, appeared in the first Bond film Dr. No, advising Bond on his choice of weapons. Q was reintroduced in the next film, From Russia With Love, as the gadget master played by Desmond Llewelyn, who came back to the role for almost every Bond film until his death. Desmond played Q a total of 17 times, and was a hallmark of the early series.

Former Monty Python star John Cleese was introduced as Q's assistant R in The World is Not Enough, and replaced Q for Die Another Day after LLewelyn's death.

Daniel Craig expressed concern at the absense of Q, who appeared in every James Bond film except Live and Let Die, Casino Royale and Quantum of Solace. Q even appeared in the two unofficial non-EON Bond films Never Say Never Again and the 1967 spoof Casino Royale.

Whisham had a small role in an early Daniel Craig film, Layer Cake, and most recently starred in the BBC drama The Hour.