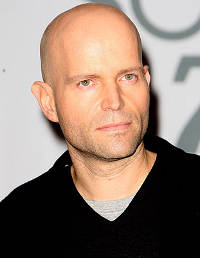 With the upcoming DVD and Blu-ray release of Quantum Of Solace, Director Marc Forester attended a pre-screening of the HQ movie, and had an interesting and in-depth question and answer session.

Marc discussed his history with James Bond, as well as how a lot of the scenes and the title came about. He discusses his like and dislikes and favorite scenes and gives a great view into his work directing the film.

Surprisingly, although Forster is a self confessed Bond fan, he didn't want to make the film at first, wanting to do something less commercial. It was actually a meeting with Daniel Craig that changed his mind. Marc said that "he comes from a similar background that I do, he comes from independent film, we have similar sensibilities".

Growing up with Bond

Marc has always been a Bond fan, and particularly likes the older films, especially Dr. No, From Russia with Love, and On Her Majesty's Secret Service, always a good sign.

He once took a week out of studying to watch all of the 007 adventures. When directing Quantum, he tried to incorporate some elements from the 60's films, but still kept the modern edge.

The Origins of the Title

Quantum of Solace is an original Ian Fleming title from his short story collection For Your Eyes Only, released in 1960. However, the short story shares no common plot with the film.

Marc was brought into Producer Barbara Broccoli's office and shown a whiteboard, with the words "Quantum of Solace" written in the middle, and she asked him what he thought of the title.

Marc responded with "Ooh, what am I supposed to do with this!", but was later pleased that the title didn't have die or dying in the title. He read the short story, seeing the beauty of its true meaning, and love the title ever since.

"I show an audience the film; even if you say, okay one half of the audience don't like the movie and the other half love the movie, that's how it is with every film, you can't please everybody".

"There are millions and millions of fans, I couldn't possibly cater to all of them. Some people seem to really love it, some seem to hate it, I think discussion is always good. It's not the last Bond film ever made, I think there will be many more."

"The song was a little bit last minute, I actually do like the song. Originally it was Amy Winehouse, I did meet with her as well, I think she's really wonderful. Because I didn't hear anything I eventually had to move on."

"Then Jack White came out of the blue and said he loved Bond, which surprised me. The song sort of emerged. When I heard the song I thought too many people might not be pleased with it. It's not your typical song I agree. I thought it was an interesting song for this movie."

"I'm not really a car man, but I thought if I have to do a car chase I want it very disorientating and confusing. I wanted to set it in a quarry I found on location, I thought I haven't seen it done this way."

"Most of that my second unit director did, that's why I employed him, he's a car specialist. And we just went though it step by step what I had in my mind and when I found the location I said that's where I really want to shoot it".

"It's very hard because you can't drive these cars more than 30mph on the roads because it's so steep there, but you still have to make it look like they're traveling at very intense speeds."

Rewatching his own films

"I cant. Once I've seen it at a premiere its too painful, I have to let go!"

"Certain things stick out or I don't like this scene or that scene. For instance I just did the commentary for the Bond DVD the other day and I watched it for the first time again. It was interesting, I was trying to focus on the commentary and not get to engaged in the movie, it's hard for me to watch."

The Past, and the Future

"They did ask me to do another one, but you know, at this point I need to do something smaller, then, you can say never say never again!"

"I would do another Bond because I think Bond has reached his Quantum of Solace, it's time to bring in more women, you know all those things people seem to miss. I created Camille as an alter ego to him, it's interesting that she's the one woman he doesn't sleep with because he sympathized."

"I would hope on the next one more humour can be bought in and the character can be developed further. I think the things people were craving for can be bought back, it's not a lost case but at this point in time I felt this was the Bond film I wanted to make."

Certainly an interesting read. So we may be seeing Marc again in the future, any bets on Bond 25, 26? Thanks for reading.