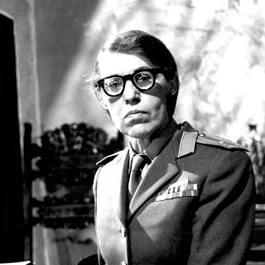 Lotte Lenya developed an interest in dance into a long and successful stage and film career, the height of which was her role as SPECTRE agent Rosa Klebb in From Russia with Love in 1963. She will forever be remembered for her astounding performance, as well as for the poison tipped knife concealed in her shoe.

Lotte Lenya was born in Vienna, Austria in 1898, into a working class family. She had long aspired to be a dancer, and moved to Switzerland in 1914 to study classical dance and singing. She got her first role on stage the same year and moved to Berlin, Germany to find more work and to focus further on her acting career. While there she met a German composer named Kurt Weill, who she went on to marry in 1926. 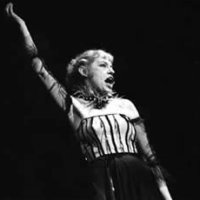 In 1933 political problems began to arise in Germany, and Lotte fled to Paris to escape the reins of Hitler. The stress of moving and readjusting to her new life resulted in her splitting up with Kurt. They were to reunite two years later however, and eventually remarried after emigrating to the United States. Lotte acted in many of Kurt's plays and musicals until his death in 1950, after which she continued to promote his music to honour his life in composition.

Although Lenya had a successful life in stage, she is better known for the film career that would follow. Her first major role was in The Roman Spring of Mrs. Stone in 1961, where she played the character Contessa Magda Gonzales, who introduces a retired actress and recently widowed woman to a young Italian man. The role won her a nomination for both an Oscar and a Golden Globe award. She reached the height of her fame when she accepted the role of SPECTRE agent Rosa Klebb in the second James Bond film From Russia with Love.

Lotte Lenya has had an astounding career in stage and film, and will be forever remembered by Bond fans worldwide for her iconic portrayal of the cruel and villainous woman who had a poison tipped knife concealed in her right shoe.