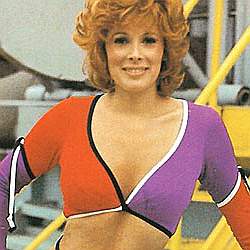 In 1971's James Bond movie Diamonds are Forever, Tiffany Case was a diamond smuggler who unknowingly worked for Ernst Stavro Blofeld, head of the terrorist organization SPECTRE. She was supposed to pass the diamonds on to courier Peter Franks, who would take them further along the pipeline under her careful watch. Franks, however, was arrested and Bond took his place, meeting Tiffany in her Amsterdam apartment.

Tiffany cleverly took Bond's prints from his glass while getting him some ice, and compared them to a copy of Peter Franks to confirm his identity. They were a match thanks to Bond's stick-on latex finger prints provided earlier by Q. Now satisfied that Bond was not an impostor, she travelled to America with him and led him further down the pipeline, where he eventually met Blofeld. Tiffany was captured and taken to an oil rig, where Bond later saved her.

In Ian Fleming's book Diamonds are Forever, Tiffany Case was a diamond smuggler who worked for the Spangled Mob, an American gang run by brothers Jack and Seraffino Spang. She was born in San Fransisco, USA, and lived with her mother who ran a whore house.

To protect the "business," her mother paid bribes to the police and the mob. When Tiffany was 16 years old, her mother decided not to pay the mob as she believed the police would protect her. The mob later trashed the place and raped Tiffany, who was deeply scarred and stayed away from men for a long time afterwards. After the break-in, Tiffany stole her mom's cash box and left, working in various low paying jobs to support herself. By the time she was 20, she had become a depressed alcoholic.

Tiffany saved a child from drowning and the event received local media coverage. A rich woman took a fancy to her and decided to help her to thank her for her good deed. She persuaded Tiffany to join Alcoholics Anonymous and later took her around the world as a gift for being strong and fighting through her problems. Despite the woman's kindness, Tiffany left her and went back to her mom, who had retired from the "girl business."

She eventually got tired of living with her mom and set out for Reno, where she got a job at a small club. She met Sereffino, a gangster involved with large smuggling operations, who gave her a job as a dealer at the Tiara Casino in Vegas. In between her work, she went on trips to Europe and back, watching over the latest couriers who had been hired to smuggle diamonds into America.

Bond, posing as courier Peter Franks, contacted Tiffany Case who devised a clever plan to smuggle the diamonds into America hidden inside new golfballs. Bond was taken to the airport and Tiffany was sent to watch him to make sure he didn't steal the merchandise.

Bond went to the Tiara Casino in Vegas to collect his cut for smuggling the diamonds. He went over to the blackjack tables and sat at the one where Tiffany was dealing. She was passed a new pack of rigged cards by one of the casino heavies. She shuffled them elaborately so as not to arouse suspicion from the guests or other casino staff, whilst actually returning them to their original order. Bond played along, and won his cut before leaving Tiffany and heading over to the Roulette tables.

Near the end of the book, Bond was beaten up by Wint and Kidd, two gangsters working for the Spangled Mob. Tiffany rescued the badly injured Bond and helped him escape, after setting fire to the Spangled Mob's residence. Fearing the consequences of betraying the mob, Tiffany and Bond went on a cruise ship for a quick escape. To their dismay, they were not alone and Tiffany was kidnapped by Wint and Kidd who stripped her and tied her down. Bond came to the rescue, killing Wint and Kidd and saving Tiffany. She went back to England with him after enjoying the rest of the cruise in peace.