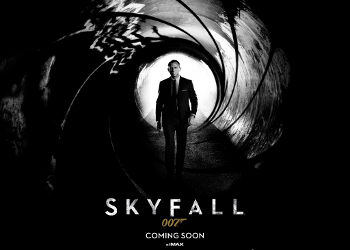 Skyfall is the 23rd film of the series, celebrating James Bond's 50th anniversary. It was released on October 26th, 2012, with the London premiere held on October 23rd. James Bond's loyalty to M is tested as her past comes back to haunt her. As MI6 itself comes under attack, Bond must track down and destroy the threat, no matter how personal the cost. The following quotes are from the Skyfall trailer.