Tom Mankiewicz's Autobiography Comes Out Next May 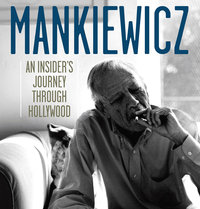 Tom Mankiewicz was a screenwriter, who had a long history with the James Bond series. He was first brought in for Diamonds Are Forever, to rework a screenplay started by Richard Maibaum. The producers thought that having an extra writer to improve the script would help entice Sean Connery back into the role.

Tom wrote the screenplay for the next film, Live and Let Die, alone, before collaborating with Maibaum for a second time on The Man with the Golden Gun. Tom came back to help on The Spy Who Loved Me and Moonraker, but he was uncredited for those two films, and the extent of his work is unknown.

Tom's autobiography will be released posthumously on May 21st, 2012. It has been cowritten, and likely finished by, Los Angeles based writer Robert Crane. It is being published by The University Press of Kentucky, and comes in at a modest 368 pages. It should prove to be a very interesting read.

From the official blurb:

The son of famed director and screenwriter Joseph L. Mankiewicz (All About Eve [1950], Guys and Dolls [1955], Cleopatra [1963]) and the nephew of Citizen Kane screenwriter Herman Mankiewicz, Tom Mankiewicz was genuine Hollywood royalty. He grew up in Beverly Hills and New York, spent summers on his dad's film sets, had his first drink with Humphrey Bogart, dined with Elizabeth Taylor and Richard Burton, went to the theater with Ava Gardner, and traveled the world writing for Brando, Sinatra, and Connery. Although his family connections led him to show business, Tom "Mank" Mankiewicz forged a career of his own, becoming a renowned screenwriter, director, and producer of acclaimed films and television shows. He wrote screenplays for three James Bond films -- Diamonds Are Forever (1971), Live and Let Die (1973), and The Man with the Golden Gun (1974) -- and made his directorial debut with the hit TV series Hart to Hart (1979--1984). My Life as a Mankiewicz is a fascinating look at the life of an individual whose creativity and work ethic established him as a member of the Hollywood writing elite.

Mankiewicz details his journey through the inner world of the television and film industries, beginning with his first job as production assistant on The Comancheros (1961), starring John Wayne. My Life as a Mankiewicz illuminates his professional development as a writer and director, detailing his friendships and romantic relationships with some of Hollywood's biggest stars as well as his struggle with alcohol and drugs. With the assistance of Robert Crane, Mankiewicz tells a story of personal achievement and offers an insider's view of the glamorous world of Hollywood during the 1960s, 1970s, and 1980s.