The complete list of unofficial James Bond films, lesser known than the 24 official films made by EON Productions. Includes multiple adaptions of Casino Royale, and a remake of Thunderball. 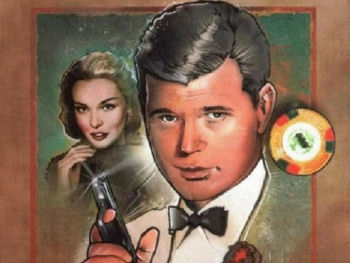 American secret agent "Card sense Jimmy" Bond meets British agent Clarence Leiter at Casino Royale. Bond teaches Leiter how to play baccarat, and then defeats Soviet villain Le Chiffre at a high stakes game. Le Chiffre, afraid that the KGB will kill him for gambling away their money, tries to steal it back from Bond. Bond prevails, killing Le Chiffre and winning back his girlfriend. 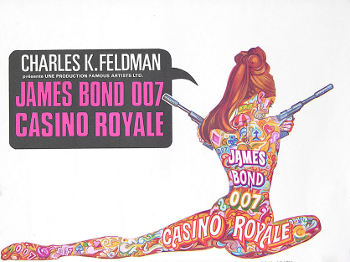 Sir James Bond, played by David Niven, is forced out of retirement when M blows up his house! In a psychedelic spoof of the Sean Connery films, Niven takes over MI6 and renames every agent 'James Bond' to confuse the enemy (who turns out to be lead by his nephew.) 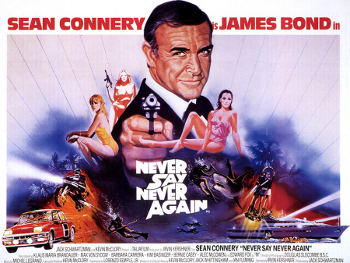 Never Say Never Again is a remake of Thunderball by Kevin McClory, who sued for the film rights to the book. The title refers to the fact that Sean Connery vowed he would "Never Again" play Bond, after filming Diamonds Are Forever. With an almost identical plot to Thunderball, SPECTRE steal two nuclear warheads and try to extort NATO. Bond must eliminate SPECTRE before they make good on their threats.