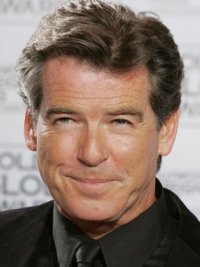 Pierce Brosnan has come across his fair share of gadgets throughout his time playing James Bond, and he's taken his love of technology and built a new house. Brosnan, now 55, has decided to settle down on the Billionaire Row in Malibu, California, and build his dream house, which will cost over $13 million.

But that's not the whole story. He'll be outfitting the mansion with so much gadgetry, that even Q would be proud. Along with an Olympic sized swimming pool, Pierce will have the latest high definition home theatre that may even rival the IMAX. He will also fit a security system with pressure sensored floors, which he'll be able to control from miles away in his car.

The two-storey building is on a stretch known as Billionaire's Row, where neighbours include Cher and Mel Gibson. It will have a basement gym, music room and games room.

The master bedroom will have blinds that rise at the touch of a button to reveal ocean views, with adjoining separate bathrooms and walk-in closets for Brosnan and his wife Keely Shaye Smith, 46.

The actor's wardrobe will contain a separate compartment for his cuff links and an electronic revolving tie holder.

On another good note, Pierce has said that the house will be fully green. Eco-friendly building products will be used, and he'll install solar panels to provide a large portion of the electricity. Always good. Enjoy the house Pierce, you deserve it.