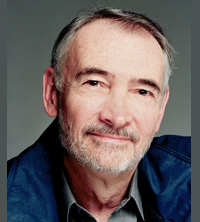 Cinema Retro has a great article featuring bits of an interview with James Bond Producer Michael Wilson. It appears that there is no news on Bond 23, and it is not yet in production. Wilson has previously stated that Quantum of Solace had really tired him out.

Here's a short excerpt from their long article.

Wilson acknowledged that the production of each film is a frantic period and that Eon delivers the finished movie to the studio with relatively little wiggle room to make changes. He said this actually works in Eon's favor because it precludes studio brass from ordering wide-ranging alterations to the films, as there simply isn't enough time to enact them.

On the other side of the coin, he expressed frustration that the tight deadlines have compromised Eon's influence over the title song. He said that in the past, the composer of the song worked in consultation with the filmmaking team. In recent years, however, Eon had little or no say over the song, which has been delivered so late in the process that the producers have to accept whatever is delivered. (Although Wilson did not mention any specific song titles, one would not be going out on a limb to assume it includes the dreadful Another Way to Die from Quantum Of Solace.)

Wilson also explained why Eon tends to use writers and technicians who are veterans of the series. He said it is very time consuming to bring on new talent and wait for them to assimilate into understanding Eon's methods, as well as comprehend the company's philosophies of how the Bond character should be presented. He also said that he doesn't let fan or media bias deter his creative instincts.

He acknowledged it was frustrating to read the widespread campaign against Daniel Craig after he was signed as Bond, but never wavered in his belief that the end result would be that the public and critics would embrace him.

At the end of the session, Wilson took questions from the audience - which is often a recipe for disaster at fan events because seemingly every eccentric within ten miles is drawn to the microphone like a moth to a flame. However, in our first indication that Bradford draws serious and mature film fans, every question asked was appropriate and interesting. One in particular hit the mark when someone asked Wilson why he allowed the action sequences in Quantum to be edited with so many fast cuts that it robbed the scenes of any suspense.

Wilson acknowledged that they were attempting to please modern audiences who are used to that style of editing but did not outwardly endorse the style. He said that Eon always experiments with different filmmaking styles that the director may favor - and that by the time the first edit is done, there is precious little time to make radical changes.The only news Wilson broke about the next Bond film is that there is no news at all. He said there had been no significant work done on the next entry.