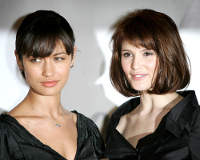 The voting has now closed, but it's extremely likely that at least one of them will make the list. Official results will be announced on April 23rd. Olga has previously made the list, being voted #38 in the 2008 polls.

« The Centenary of Cubby Broccoli
James Bond Celebrations at BFI »