Judi Dench to Write an Autobiography 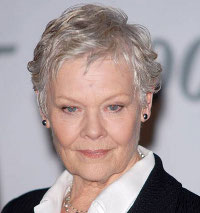 Dame Judi Dench, who has played M in the last six James Bond films, is set to write her autobiography, which is rumored to be released later this year. This long awaited book will chronicle her lengthy career in almost 100 films and TV shows, as well as her personal life with husband, and fellow actor, Michael Williams.

With a tentative title of And furthermore, the biography will be co-written with John Miller and published by Weidenfeld & Nicolson, who paid somewhere in the 6-figures for the rights! At 75 years old, Judi is still going strong, and will appear again as M in next years James Bond film.