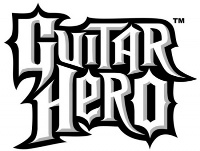 That's right, a new original recording of the James Bond Theme will be available to download for Guitar Hero: World Tour starting March 26th. Players will also be able to record lyrics to go along with the song, although that sounds quite pointless for the Bond theme.

The James Bond Theme will join the growing number of James Bond songs in the game, including last Novembers release of Another Way To Die from Quantum of Solace. Several more Jimi Hendrix tracks will also be available on March 19th, so it's good news all around.