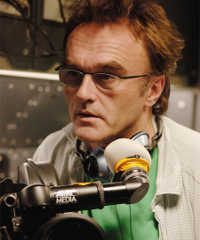 Director Danny Boyle, who has just come out of the Oscars with multiple awards for Slumdog Millionaire, has reportedly been offered a job for Bond 23 by Producer Barbara Broccoli. Apparently everyone on the EON team thinks Danny would make a great addition to the James Bond family.

Danny has reportedly turned down the offer, saying that while he is, and always has been, a large fan of the series, he isn't interested in directing the next film. It's a pity, I would have been interested to see how it turned out. But it may not be over yet. Many people have stalled in the past, later changing their mind for a bigger paycheck.

His other recent films include Sunshine, Shallow Grave, 28 Days Later, and my personal favourite, Trainspotting.

An unnamed source said: Danny is the man of the moment and he is being bombarded with offers from studios. He has been offered the chance to direct the 23rd Bond film by Barbara. The EON team love his vision and think that it would work perfectly for the new look of Bond.

Danny has always insisted he is more interested in the film than the money. However, with Daniel Craig.s involvement and the way the films are now structured.with the emphasis on the characters and plot rather than gags and gadgets.it is right up Danny's street.