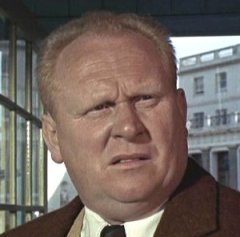 Gert Frobe was a German actor who starred in over 100 films. He's best known outside of Germany for his legendary performance as Auric Goldfinger in the James Bond film Goldfinger (1964).

Gert Frobe was born in Oberplanitz (now Zwickau), Saxony, Germany under the name Karl-Gerhart Frober. Throughout his career, he has starred in over 100 films, although his voice was dubbed for several of his English roles (including Goldfinger) because he couldn't speak English. He is most recognized for his role of Auric Goldfinger in the 1964 James Bond film Goldfinger. He also played Baron Bomburst in Chitty Chitty Bang Bang which was written by James Bond author Ian Fleming, and produced by Cubby Broccoli.

Gert was a member of the Nazi Party and received a lot of grief after the war ended. However, several families came forward in his defence, as it was revealed that he had helped to hide many Jews from the German police. Gert died in Germany in 1988 from a heart attack. 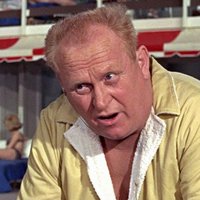 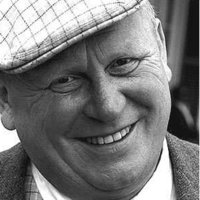