Everything You Need to Know About Spectre

Everything you need to know about Spectre, the upcoming James Bond film, also known as Bond 24. Spectre will be released worldwide on November 6th, 2015.


#1 What Does Spectre Mean? 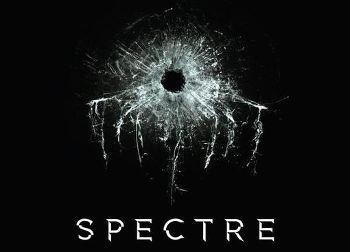 The title of the new James Bond film Spectre references the criminal organization SPECTRE, the SPecial Executive for Counter-intelligence, Terrorism, Revenge and Extortion. SPECTRE first appeared in the Ian Fleming novel Thunderball in 1961. The novel reused some ideas from a discarded screenplay that Fleming had worked on with Kevin McClory. McClory sued Fleming for plagiarism, and won the film rights to Thunderball, SPECTRE and its leader Ernst Stavro Blofeld.

#2 What Significance Does the Poster Have? 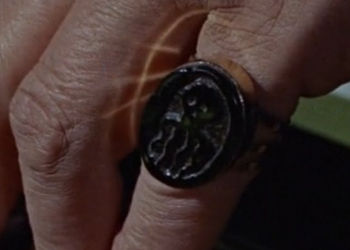 The teaser poster for Spectre may just look like a bullet hole in a darkened window pane, but it has some significance. Firstly, notice how there are eight scratches going down from the bullet hole. This is a reference to SPECTRE's emblem, an octopus that appeared on rings worn by many SPECTRE agents.

Secondly, the bullet hole may be a reference to 1969's On Her Majesty's Secret Service, where Blofeld murdered James Bond's wife Tracy. Tracy was shot through the windscreen of Bond's Aston Martin, and the bullet hole was the final shot of the film. 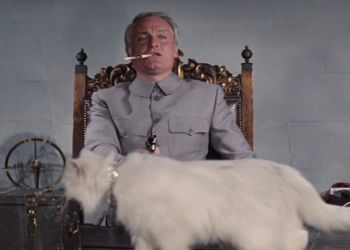 SPECTRE featured prominently in 6 of the first 7 Bond films, and its leader Ernst Stavro Blofeld was the main villain for 3 of those. Due to legal battles over the Thunderball novel, the producers licenced the film rights to Thunderball, SPECTRE and Blofeld from Kevin KcClory in 1965, for a 10 year period.

The last James Bond film to include SPECTRE was Diamond's Are Forever in 1971. The next two films had their own independent villains, and SPECTRE was to be brought back for 1977's The Spy Who Loved Me. However, the rights couldn't be secured, and the villainous organization that appeared in all but one Sean Connery Bond film, was retired. 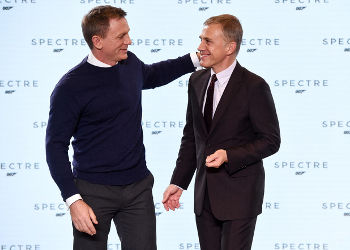 During the Spectre press release, it was announced that Christoph Waltz would be joining the cast as "Oberhauser", potentially shooting down rumours that he would be playing Ersnt Stavro Blofeld. However, for the last Bond film Skyfall, the producers denied that Naomie Harris would be playing Miss Moneypenny, instead saying she would play a new character Eve. On the film's release, it turned out that Eve was just a new first name for Moneypenny. So it's possible that they are pulling the same trick, and that Waltz will indeed be playing Blofeld. 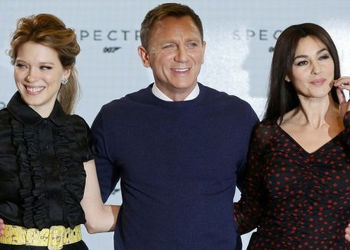 Everybody loves to hear about the new Bond girls. First up is Monica Bellucci, on Daniel Craig's right. She is likely best known for playing Persephone in the two sequels to The Matrix. Surprisingly, she is 50 years old, making her the oldest of all the Bond Girls.

Second is Lea Seydoux, 29, on Craig's left. She is perhaps best known for her supporting roles in Inglourious Basterds and Mission: Impossible - Ghost Protocol. She recently appeared in Wes Anderson's The Grand Budapest Hotel and had a starring role in the French film Blue Is the Warmest Color.