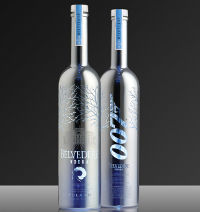 Belvedere Vodka, the premium vodka for those who know the difference, is now the official vodka brand of James Bond and the upcoming film Spectre. In an exclusive gentleman's club in Knightsbridge, London, President of Belvedere Vodka, Charles Gibb, and Head of Mixology, Claire Smith, discussed the partnership and talked about the evolution of the martini and its relationship with James Bond.

Before James Bond gave the martini its glamorous reputation, most were made with gin and stirred. Bond's influence on popular culture created a shift toward the vodka martini, shaken not stirred. Belvedere President, Charles Gibb, said "James Bond is recognized as the most admired and influential tastemaker in the world. We're delighted that Belvedere will be partnering with SPECTRE, our largest global partnership to date."

In the 1958 book Dr No, Bond said "I would like a medium vodka dry martini--with a slice of lemon peel. Shaken and not stirred please. I would prefer Russian or Polish vodka." Belvedere is a good match here as it is a premium Polish vodka with subtle hints of vanilla. It wasn't until the film adaptation of Goldfinger in 1964 when Bond first said his infamous line, "A martini, shaken, not stirred." Charles Gibb commented that, "for a chap who's on the move like me, constantly running around the world, I quite like the energy that shaking brings to the drink." 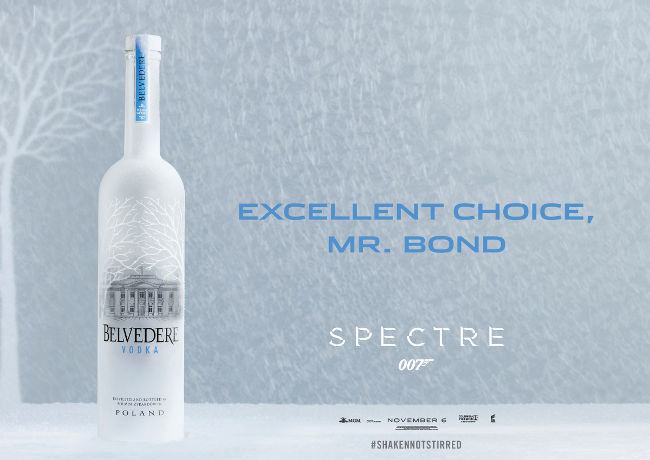 The martini saw a decline in popularity, until the introduction of super premium vodkas created renewed interest in the tried and true cocktail. Belvedere Vodka is campaigning to educate consumers about how to find the right martini for their personal taste. Claire Smith, Head of Mixology, demonstrated different martini recipes in her masterclass, which she had previously given to the Bond team. She gave samples of a dry martini, stirred, with a twist of lemon; a more vibrant shaken martini, wet, with an olive; and a reverse Vesper, with three measures of Belvedere, one of Gordon's gin and half a measure of Cocchi Americano. This is a play on the Vesper, as created by Ian Fleming in Casino Royale, which contained three measures of Gordon's, one of vodka, half a measure of Kina Lillet, shaken over ice, with a thin slice of lemon peel.

The bespoke nature of Belvedere Vodka makes it a suitable choice for James Bond. Dwight Caines, President of Theatrical Marketing for Sony Pictures, said, "James Bond's cool attitude and stylish sophistication have always gone hand in hand with his choice of vodka martini. Belvedere is a perfect match." Belvedere will launch a global marketing campaign in February 2015, featuring two limited edition bottles of vodka. The first, limited to just 100 bottles, features the MI6 headquarters instead of the iconic Belvedere Palace. The second is a metallic Silver Saber bottle featuring the 007 logo.

Based on early press materials, it appears that the official slogan for the campaign will be "Excellent choice Mr. Bond". The President of Belvedere wouldn't mention the specifics of their involvement in Spectre, and declined to comment on how the partnership may proceed for future films. However, there is a distinct possibility that Bond may add a modern twist to his own Martini for Spectre.